For Tasmanian transport company De Bruyn’s Transport, holding a series of get-togethers to mark this week’s inaugural R U OK? in Trucks & Sheds Day of Action is a small but important step in a longer and more difficult journey it recently embarked upon to tackle the scourge of mental health issues in the country’s postal, transport and warehousing industry.

To mark the seminal event, the family-owned business will host a variety of gatherings for its 300 staff spread across its Tasmanian and Victorian sites on May 17, including a BBQ lunch at head office in Burnie, a BBQ breakfast at its depot in Devonport, and a BBQ lunch at another site in Launceston – as well as pizzas in the evening for the night shift (the Hobart depot cooked up a spit-roast last Friday).

Isaac De Bruyn – who, symbolically, took on the new role of Welfare and Social Media Officer at De Bruyn’s Transport just 18 months ago – says embracing the R U OK? in Trucks & Sheds initiative is a modest, but significant, step in tackling an issue that’s been identified as a priority for the business.

“As a business we are trying to prioritise it, and it’s about taking small steps to show it matters to us; to educate people and to get people willing to have the conversations. It’s about breaking down the walls and reducing the stigmas attached to mental health,” he says.

“There’s a lot more for us to do and it’s hard because management prioritise the day-to-day operations stuff. Operations are important but employee well-being is just as important,” he says, citing specific risk factors such as long hours, workplace isolation, tight delivery schedules and the need for continual alertness while operating heavy machinery as key contributors to the industry’s high vulnerability to mental – as well as physical – health issues.

He notes it’s not only about the impact mental and physical problems have on individuals, but businesses and the wider transport industry, including perpetuating poor public perceptions of the sector which in turn impinge its ability to attract and retain staff.

Informed by his own personal battles with mental health issues and armed with Diplomas of Education and Mental Health Counselling and Mental Health First Aid Certificate, De Bruyn sees the R U OK? in Trucks & Sheds Day of Action activities as a first phase of a much longer game aimed at equipping managers and team leaders with the knowledge and skills to identify and deal with mental health issues in the workplace.

“We’ve put in place an employee assistance program where staff can call a number and get outside help without our involvement, and the next step is looking at options for training managers, including bringing in outside experts to speak to the guys in the depots and workshops,” he says.

Encouragingly, De Bruyn’s is one of almost 60 postal, transport and warehousing companies which have registered events for this week’s inaugural R U OK? in Trucks & Sheds Day of Action, from national transport and logistics operators such as Lindsay Australia, Qube and Primary Connect, to industrial property groups including Fraser Property and ESR Group. 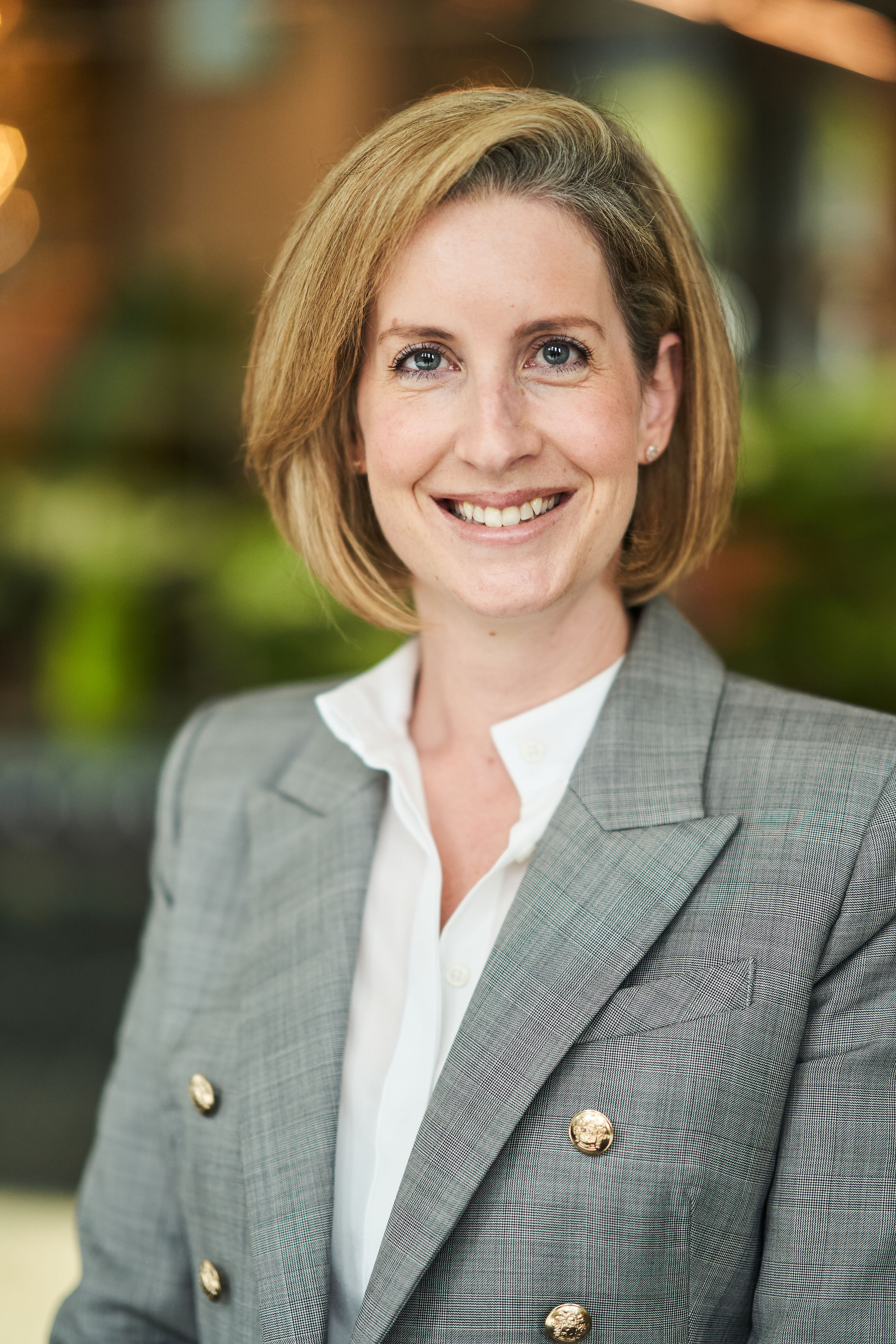 Healthy Heads in Trucks & Sheds Foundation CEO Naomi Frauenfelder says she has been “amazed” by the industry’s response to the inaugural event, which is funded by the National Heavy Vehicle Regulator’s Heavy Vehicle Safety Initiative, supported by the Federal Government.

Prompted by the success of a similar initiative in the rail industry, where she was previously Executive Director of not-for-profit TrackSAFE Foundation, which aims to address suicide on the rail network, and the resultant trauma caused to train drivers and other frontline staff, she says R U OK? in Trucks & Sheds seeks to leverage the incredible strength of the R U OK? brand to tailor its key message – and resources – to the specific needs of the industry.

These include a tailored ‘Conversation Guide’, which provides tips on how to identify, conduct conversations around, respond to, and seek support to deal with mental health issues; and an ‘Event Toolbox’, which provides guidance, checklists, key messages and downloadable templates on how to get involved and meaningfully engage with staff, and directions on finding help through support services.

“We’ve been surprised about how quickly it’s taken off. We’ve had almost 60 events registered on the website. It speaks to how well recognised the R U OK? brand is,” she says.

Frauenfelder believes the strong response reflects the growing realisation of the significance of mental and physical health issues in the industry – and the very real implications for operators.

She notes the 2021 ‘Indicators of a Thriving Workplace’ report  produced by Superfriend – an organisation backed by life insurance and member-based super funds to help businesses improve workplace well-being – found the sector ranked last out of 19 industries in terms of workplace mental health and well-being, with a ‘thriving index’ score considerably below the national average at 62.3 out of 100.

“The report found one in two (48.2 per cent) workers in the transport, postal and warehousing sector have experienced a mental health condition in the last 12 months compared with one in five for all industries,” Frauenfelder says.

Other data supports these findings. Healthy Heads cites research that shows 44.8 percent of the industry’s workforce has experienced a mental health condition, with 38.2 percent of those workers saying their workplace caused or made it worse. On top of poor physical health, it’s not surprising that the leading causes of deaths are heart attack, heart disease and suicide.

Frauenfelder says this has very real consequences for industry, with billions lost due to lower productivity and associated medical costs. Mental health was the second-largest disability claim in 2017 and 2018; and drivers suffering from depression are seven times more likely to have been involved in a crash.

In response to these sobering statistics, Healthy Heads in Trucks & Sheds Foundation was founded in 2020 by a group of normally intense commercial competitors on the realisation that “this is bigger than all of us”, she explains.

A registered not-for-profit charitable foundation backed by Foundation Members Australia Post, Coles, Linfox, Toll, Ron Finemore Transport, Woolworths and Qube – as well as Foundation Corporate Partners National Transport Insurance (NTI), Frasers Property Industrial, Paccar and BP, Healthy Head’s mission is to provide the industry with what it needs to support mental health and physical well-being, and to ensure these needs are recognised as being vital to support a thriving workforce into tomorrow.

It aims to fulfil this mission based on three key pillars: helping get more people in the workplace trained in mental health; promoting standardisation of policies and regulation at facilities; and assisting individuals to be healthier from a diet and mental health perspective.

Its initial focus has been on creating awareness of the problem, developing resources and support programs, and advocating for changes needed to tackle the issues.

The Road So Far

To date, Healthy Heads has developed a library of tools, information, resources and training materials tailored to the needs of the industry –available, largely for free, online.

It’s also collaborated with established organisations such as the Black Dog Institute and Lifeline to create industry-specific courses to help workers understand and manage their mental health and well-being.

In partnership with St Kilda Football Club and NTI, Healthy Heads is also working alongside the AFL club’s wellness team to develop a series of informative and easy-to-follow videos that will offer tools and practical tips, addressing key industry challenges such as high job demand and fatigue.

Taking to the road, it has launched the ‘Roadshow’, a mental health outreach program which will see a customised DAF LF travel to 18 industry events across 2022 to promote Healthy Heads’ education and training resources direct to workers.

More recently, Healthy Heads has extended its reach into advocacy. Just before Christmas it launched a public-facing campaign aimed at reminding consumers about the transport and warehousing workers who work behind the scenes to ensure their goods are on the supermarket shelves; and, more recently, has commissioned a study into the state of the nation’s rest area network, which has been identified as a significant contributing risk factor in consultations with industry. The initiative aims to come up with a “gold standard” prototype, Frauenfelder says.

“There’s a very real issue around poor-self-esteem [in the industry], which impacts on how they see themselves. And that includes the quality of amenities provided; if your life is on the road [driving trucks], then that [rest areas] is them,” she says.

“There’s a massive skills shortage and a lot of improvements that need to be made to attract people to the industry. We can help address the stigmas to help make it a more attractive industry for people.”

Optimistically, despite the industry’s poor ‘thriving index’ in 2021, its overall score was a marginal improvement on the previous year’s result, reflecting a gradual upward trend evident since 2018.

What’s more, nearly half of workers indicated they feel their workplace is supportive of their mental health and well-being, and 70 per cent plan to stay with their employer for the next 12 months.

Just like for De Bruyn’s, it’s a small but important step forward in addressing an issue which is a massive cost to the industry, both human and economic.